The Lancet: Depression in old age—the first step to dementia? 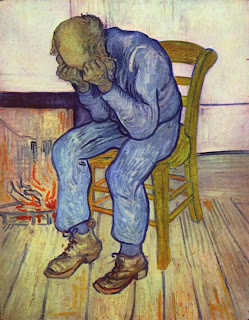 When your old parent consistently feels unhappy and depressed, it could be cause for dementia. According to the latest study, people aged 54 or older may have a higher risk of dementia than the others. Only people with depression worsening over time are affected, excluding patients with only once or twice depression experience.

Psychiatrists and gerontologist tend to believe that there is a hidden correlation between dementia and depression, but this is the first research which tried to segment the group according to different levels of depression.

In this study, researchers had collected 3,325 people aged over 55 and traced their health condition from 1993 to 2004. None of the depressed elderlies have dementia at the beginning, but 434 eventually developed dementia and 348 of which had Alzheimer's disease.